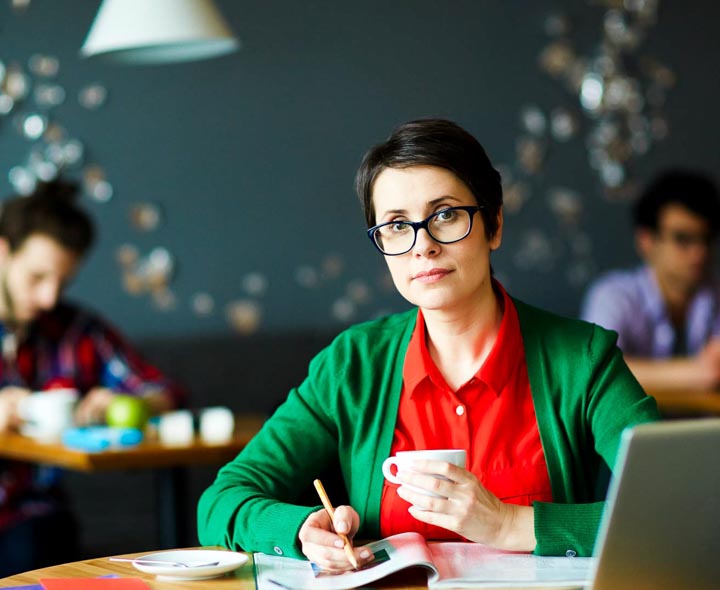 I was coaching a young lady, who had just handed in her Master thesis when she became pregnant. She did not have a job yet, but her CV was impressive. What is more, she was highly motivated and had the necessary infrastructure in place to handle both motherhood and a career. “Staying at home for a whole year? No, I couldn’t do that,” she said, very determined, “I want to go back to work immediately after my maternal leave, and I can.” She knew that she needed a job to which she could return. I told her that if I were her, I would just apply regularly and not mention the pregnancy too early in the process. “Legally you are allowed to keep quiet until after you have signed the contract, given that you have the necessary infrastructure in place to fulfil all of your job requirements,” I informed her. “Then they cannot withdraw the offer in spite of the pregnancy.” The woman thought it appropriate to put her cards on the table only after the interview but before signing the contract.

Not knowing the law is dangerous

She applied for a university position and was immediately invited to a job interview. During the interview, the professor asked some general questions but was at least equally interested in her private life. She limited her answers to job-relevant information and did not mention her pregnancy.

Several days later she received an email from the professor. “I am pleased to offer you the position. When can you start?” She didn’t hesitate long and picked up her phone: “I am very happy about your job offer, but I want to let you know at this point that I am pregnant. Still, I have …” “I’m sorry, I can no longer offer you the position under these circumstances,” he interrupted her, and added: “But I don’t blame you.” She didn’t want to give up that easily and insisted: “But isn’t there a way we can figure this out?” To which he replied: “Well, you can always look for new positions on the departmental website.” And that was the end of the conversation.

That professor lacked a fundamental knowledge of labour law. Not knowing the law pertaining to the hiring of and collaboration with employees as a group leader, however, is dangerous. Otherwise, your research might easily be put on hold because you are asked to appear in court.

The professor got lucky as the applicant had other plans than filing a suit. Still, that suit would have had good chances of success since the Maternal Protection Law (German: Mutterschutzgesetz) and equality laws (German: Allgemeines Gleichbehandlungsgesetz) are unambiguous here. A happy boss would probably not have been part of the settlement, though.