No risk, no fun! – My career in academia 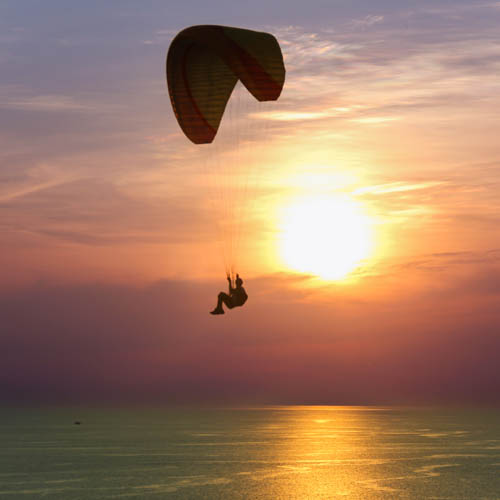 He follows his dream, he wants to become a university professor. For years he fights himself through the German academic system, but that is not always easy. And the future is uncertain, very uncertain to say the least. An interview with Dr. Eloi Montanez (43 years old).

NSC: At what stage of your career are you?

Eloi Montanez: I am a group leader. Meaning that I conduct independent research, apply for my own grants, have a few PhD students and a TA working for me. The next step, which should follow soon, is to get a permanent group leader or independent investigator position, or become a “W2 professor”.

I always did what I like doing: research! But honestly…if my daughter would financially depend on just me, I could not sleep a single night.

NSC: Did you always want to become a researcher?

Montanez: Yes. However, if I read interviews with other researchers or young professors, their career paths are very smooth. Mine isn’t and that is mainly due to the fact that I sometimes had my doubts and followed interests outside of research. After my PhD I took a year off to travel the world, broaden my horizon, and to make sure that research was what I really wanted. Then after my postdoc, I took another few months to re-charge my batteries and travel with my partner.

Those “out times” were very good for me, they confirmed that fundamental research is what I want to do, and I learned lots of other things during those travels that you won’t learn in the lab. Getting out of my comfort zone and challenge myself a bit. Unfortunately academia does not really welcome those breaks. Your calendar age is very important in academia, and I am simply too old to apply for certain grants and positions that fit the stage of my career.

NSC: Was it easy to get a postdoc after a year of travelling?

Montanez: Yes and no. Yes, I only applied for two positions in Germany and got two positive responses. However, the professor I ended up working for clearly had his doubts about me at the start. And for a good reason. I was applying from a backpackers in Buenos Aires not having read a single scientific paper in the last year. When he invited me for the interview, I firstly had to postpone the appointment as I was simply still on my trip. Plus, I have to admit that I did not do very well during the interview either. My head was on travelling, not on research. I probably came across as weird and unfocused.

NSC: But he still offered you a job…..

Montanez: Well yes, but I had to prove myself first. He gave me a 3 month contract and clearly told me that if I was not performing well during those months that we would have to say goodbye. That was a tough time. I moved to another country, did not speak the language, and was working like crazy to prove myself. But I managed to convince him and worked for him the 7 years that followed.

Montanez: Yes, I know it is way too long. And I really have a problem with those 7 years in my CV now. I did work on four different projects during the time, had great papers, and as I am working with mice it all takes longer to get good results. However, I experience that people rather see a few short postdocs than a long one if you apply for academic positions.

NSC: What made you come to Germany?

Montanez: There were two main reasons for this decision. The first reason was purely scientific. I did my PhD on integrins at the University of Barcelona. There I merely did in vitro studies and wanted to make a move to in vivo studies during a postdoc. And Professor Reinhard Fässler at the Max Planck Institute of Biochemistry in Martinsried is just a very big guy in this field, if not the biggest.

The second reason was that I had a German girlfriend at the time and wanted to move to Germany together with her.

NSC: If you could go back in time, would you pick Germany again?

Montanez: Difficult. Probably not. I would have gone for a country where I already spoke the language. Hence, the USA or the UK. Just for the fact that you can give lectures and teach students. In Germany it is, surprisingly, still essential to speak German as the students still get taught in that language and on top of that… it is “the coffee break tongue.” You really don’t see many foreigners holding professorships here, in the USA the top is more mixed.

I do speak German by the way. I am married to a German, have a daughter… but to give lectures in German is still challenging. I have to admit that this is a mistake I made, not to learn the language properly. But I am working on it!

NSC: Is moving still an option?

Montanez: Yes, sure. I am applying in Germany and in Barcelona.

NSC: There are many initiatives out there to help females in science. As a male in science, does that frustrate?

Montanez: Obviously there are not enough initiatives yet, there are still very few female professors. I wonder why females leave science. Family plans is what I often hear around me, but I also have a child and have a partner working full time. We both contribute to rearing our daughter equally and it works with science just as well. It would be good if they stayed, I think it is good to have a more diverse top.

Of course for me as a person it is not too good that if two equally qualified candidates apply for the same position, the selection is being made based on gender. That is not really fair either. But I just tell myself that they have been selected based on other criteria and am fine with it.

NSC: How do you see your own chances in academia in the future?

Montanez: Hmmm, I think that I have a less than 10% chance to land a W2 professorship position, I rate my chances to become a permanent group leader or independent investigator slightly higher. But it has to happen within the next two years, then I hit the 12 year rule and I am out.

In Barcelona I have no idea about my chances. As I have been abroad for so many years, I do not have much of a professional network there. And as we all know, having a network is important.

NSC: Network? Any tips for young scientists to pick their employer?

Montanez: It is not enough what you do. Where you do it and who your boss is… that is at least as important.

I worked for a big guy at a famous institute. Everyone in the scientific community knows Reinhard Fässler. It happened twice to me that I sent an application to people I do not personally know and they wrote back to me “Hi Eloi, nice you write to me. Say hi to Reinhard.” Good connections help you a lot. I have to be thankful to many people I met during my career.

And the Max Planck institute…. even my 81 year old Grandmother who never left Spain knows it.

NSC: Two years left to succeed. Time is ticking, are you not afraid?

Montanez: No. I am worried sometimes, but not afraid.

I have been very lucky my whole life. I always could do what I wanted to do and that was research. And this is what I am very thankful for. I am coming from a financially stable family, my wife is holding a good job. I simply have an economic safety net that will catch me if I fall. But, if my family would rely on my income, I would not sleep a single night.

NSC: How do you see your chances to make a jump to industry?

Montanez: Haha, very close to 0%. I am too specialised, too old.

NSC: Do you have an alternative plan?

Montanez: Maybe I would start a scuba diving club or maybe coaching for scientists… I know, all not very realistic, but I also do not need it.

If you want to read about the financial implication of the career choice between academia and industry, then you might be interested in our Science Careers story Scientists, let’s talk about cash—and the financial realities of career choices.