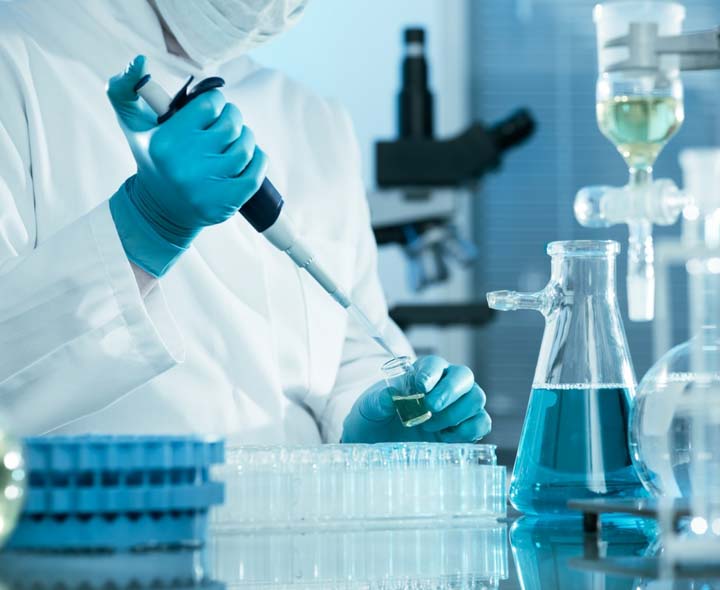 “I learned many things about life in industry, which I would not have learned at the university.“

Mark Zimmer (pseudonym), now lab head at a pharma giant, steered his PhD in industry. He told us why he made this decision, how he found the PhD position and what distinguishes an industrial PhD from an academic PhD.

Why a PhD in industry?
For me it was clear during my studies already that I was aiming to leave academia and have a career in industry. I like research, but rather the applied side of it.

How did you find a PhD position in industry?
Well, it was a coincidence. I talked to the company on a job fair and asked if it would theoretically be possible to conduct an MSc or PhD thesis there. I was told that it is indeed possible in principle. As the Technical University, where I was studying at the time was not allowing for external MSc theses, I decided to wait until I had graduated. I then applied at the company and asked if I could start a PhD project. Lucky me, they were just about to write out a MSc project in exactly the same field as I already did my MSc thesis. They were afraid that the project might be slightly too challenging and time consuming for an MSc student, so they were happy to expand it to a full PhD project. The right man at the right time so to say!

Just deciding on doing a PhD in industry… you need a connection to the university as well to get a degree at the end. How did it work?
The first few months I started to work as a PhD student without officially being enrolled at any university. During those months we searched for a professor at the university to support the project. We decided for a professor who had experience in supervising external students. We met up two or three times before me enrolling at the university to agreeing on the project and the conditions.

How did your academic supervisor benefit from the cooperation?
We agreed that my work would be published, so he would have his name on the publications as well. Furthermore, other PhD students from his lab were allowed to use the equipment of the company. So they could measure samples for free.

With the professor I could talk about everything I worked on in a private setting. He signed a confidentiality agreement with the company. With the group members I had to be much more careful in what I shared. In my presentations the names of the specific projects I worked on were covered with black boxes. By not being able to share all information about my research, I could of course not expect to have such a lively and in-depth discussion about my work than I would have as an academic PhD student.

Overall, did you feel well supported?
Yes, for me it was sufficient. I have to say that I have been very lucky with my industrial supervisor. He himself did his PhD in industry years before and did not have a good experience with his supervision so he actively wanted to give me a better experience than he had. He encouraged me to have contact with my academic professor and show face at his research group during the three years.

Overall, I think you get less supervision if you do your PhD in industry compared to academia. Finishing your PhD is greatly in your own hands- probably your colleagues in industry don’t really mind if you write and defend your thesis or not. And, you do have less contact with other PhD students, so peer pressure is not existing. Hence, if you like to be pampered, an industrial PhD might not be for you. But for me it was a great fit as I am able to motivate myself and enjoyed this degree of independence.

You say that finishing your PhD has been largely in your own hands. How did you balance your own PhD project with other company aims?
The first 1 to 1,5 years I was only working on my PhD. When I started to have results and could publish part of the research, I got some other projects to work on as well. Those projects were still sufficiently related to my PhD, so it did not distract me too much.

My PhD was very structured

You could publish and present at the university…What really distinguishes an academic PhD from an industry PhD?
My PhD was very structured as you might expect it to be at a large pharmaceutical industry. Before I started we had a plan with milestones and we stayed with the agreed plan. Of course, if something would not have worked as expected we would have had to adjust the plan, but we would not adjust without necessity. Therefore, I did not have the “academic freedom” you might experience at the university. However, I also did not have to deal with a professor who is changing his mind on the project all the time.

A great advantage was that I could build a network in academia as well as in industry.

Would it still have been possible to pursue an academic career after your industrial PhD?
Yes. I published during my PhD so I could have started an academic postdoc quite easily if I would have wanted to.

They paid me slightly more than you would get in academia.

What about your contract? Was your salary much higher than a typical University PhD salary?
I had a three year contract with the company and was also paid by them. They paid me slightly more than you would get in academia, like 80-85% of an E13 position.

You stayed at the same company after finishing your PhD. Was it difficult to negotiate a better salary out after you finished?
No, I even think it was easier than it would have been for outsiders. My PhD contract ended after three years so they had to offer me a new contract. I was again on the negotiation table, but by that time I knew more about the salary structures within the pharmaceutical industry. I was also aware of the upper salary limits the company would pay me. Having this inside information really helps to negotiate for a good salary.

You finished your PhD just over two years ago. What happened since?
I first stayed in the company working as a scientists and 8 months ago I took on a lab head position, leading my own team. Of course, being a team leader is totally new for me, so it is a new challenge for now. Let’s see what the future brings!

If you could go back in time, would you still have opted for a PhD in industry?
Yes, it would still be my first choice. It is more applied research and I learned many things about “life
in industry”, which I would not have learned at the university. I feel it prepared me well for my current and future career.

Our workshop The academic track gives you an orientation about the academic career, tackling questions like where you can do a PhD and postdoc.