The girl with the gun- hobbies in your CV 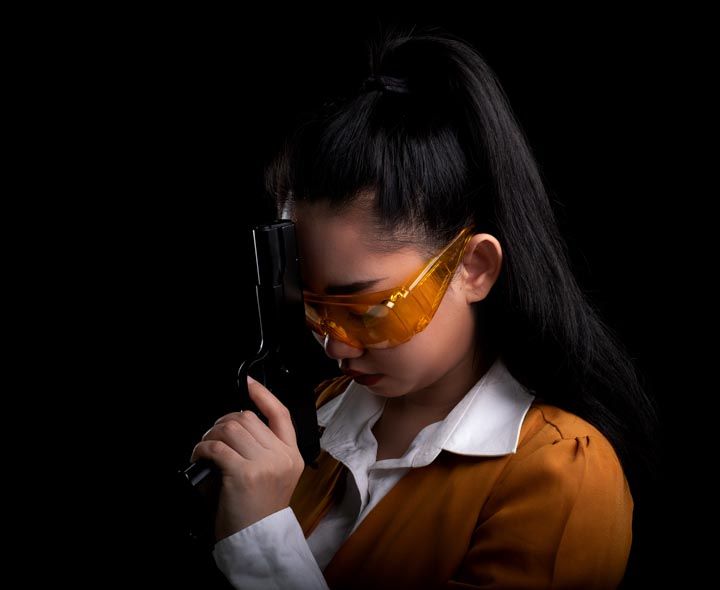 I’m sitting at the kitchen table with two friends, both team leaders. We talk about the applications they are processing. Blues music echoes from the speakers. An applicant recommended this music to my friend this morning. “You talked to her about hobbies?” I ask. “Always, that is the most interesting part of the interview,” she says, “I see the professional qualification in the résumé. I can look at the person behind it in the hobbies.” That’s true, I think, but I object: “In any case, I think it’s better to leave the hobbies out of the CV.” Geocaching, making jam, baking marble cakes – everything fair and nice. But even if such activities do not raise concerns about the risk of injury in the HR department, I see no reason to communicate that to the world. Both agree with me. Hobbies on a CV are a difficult subject.

I recently discussed their CVs with scientists. All but one had listed their hobbies and I advised most of them to take them out. The exception was a competitive swimmer who even belonged to the national team. “Keep that. Competitive sports, top grades at university, and a doctorate say a lot about your personality.” The doctoral candidate, who hadn’t written her hobbies on her CV to start with, said: “I also do sports on a national level, but I have myself decided against mentioning it in my documents.” When asked, she said that she was a shooter. I advised the participant. “I would probably mention sports shooting. As the recipient of the application, I would then invite you, no matter how well qualified you are. Out of curiosity alone.” “Definitely,” agrees my friend. “I want to know who the woman with the gun is.”

A CV should not only show that you are the right person for the position, but also arouse interest in you. What makes you attractive as a future colleague? Hobbies can be precisely what makes you stand out from the crowd. You can use it to highlight something unique that would otherwise remain hidden. For example, with the shooter, you only noticed at a second glance what a determined person she was – qualities that she can point out with her hobby. But it might as well reveal more about you than you would like.

If you´re interested to learn more about writing your application documents and how to apply for jobs, you might be interested in our workshop Job application and interview strategies for scientists.