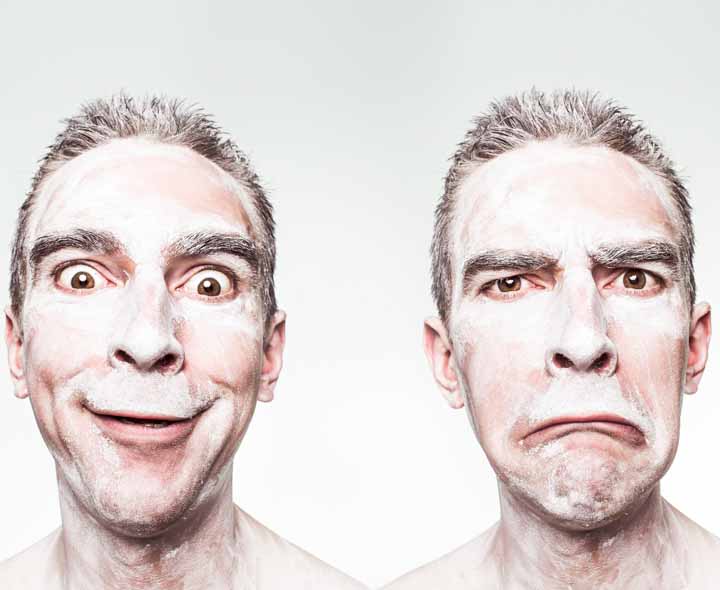 „We had a position written out for which we needed a person with assertiveness. The task was to start a new department in a highly competitive field, the new head of this department would have to pull up something entirely new, tearing down internal as well as external barriers. One of the applicants stood in front of the conference room with a bow tie and a suit which presumably hailed from his high school graduation. Shaking his hand felt like touching a dead fish from which the soaked coating was about to fall off. During the interview, I made a sincere attempt to see the real person, the expert in him, but I didn´t manage to get this first impression out of my head anymore. I simply didn´t see a strong leader in front of me.”[1]

For hours we sit at our desks to prepare for the job interview. The company website, annual reports, Top 100 questions for job applicants- we go through all of this several times. Well prepared we enter the room. Boom! Within a second our interview partners have already decided whether to give us a chance to get the job or not. A frustrating thought, isn´t it? And worst of all… we didn´t even say a word of all the material we prepared so meticulously!

The moment the door is opened, the first impression is created. The brains of the other people decide whether we´re friend or foe, sympathetic or unsympathetic, a potential sex partner or someone for a platonic, professional relationship. All of these decisions happen subconsciously, and it isn´t simple to revise the first impression and end up in a different category. So it can indeed happen that we do begin to find someone sympathetic only after getting to know her for a while. However, what is required here is time. And time is extremely limited during a job interview. Cognitive scientists found out that they could predict the outcome of an interview after watching but the first 15 seconds of it. [2] So we have to get it right from the very first moment! But can we really influence this subconscious process? Yes, it´s possible. It´s all just a matter of body language.

We asked the two sisters Anna Lena Marwedel and Luzie Marwedel of EVOBRAIN to share their expertise on this topic:

For the fans of the stone age (Paleolithic), some words on the history and evolution of language.

In the genesis of mankind, spoken language is still very new. It only began to surface about 100 000 years ago. Before that, humans and other animals relied solely on their body language to transport information about their relationships, feelings and other information, which was important to them and their community. This much older form of communication was kept even as spoken language developed. Both methods, verbal and non-verbal, fulfil different functions in social interactions, even if there is overlap between the two. Spoken language enables us to transfer complex information like cooperative hunting strategies and complex building plans from one individual to another. The ability to transfer information over generations was forming the foundation for the creating of the great civilisations. During a job interview, the spoken language is important in order to illustrate our skills which are relevant for the position.

To put it simple, verbal communication deals with other humans or objects, which are in a relation to each other. Body language, on the other hand, primarily fulfils the function to communicate our emotional state to the outside as well as recognising how others are doing.

Humans showcase their inside- in the past like today- with facial expressions and gestures. This information enables us to assess social situations correctly and to interact according to our personal goals.

Back to the job interview

In a job interview, body language is particularly important, as it shows the real feelings to the trained observer. That doesn´t have to be anything bad! It´s best to come across authentically, as a dissonance between body language and verbal communication is obvious to everyone. There are a few rules of thumb:

And why do I have to do all of this?

In order to be regarded as self-confident, you should establish and reciprocate eye contact without staring. Avoiding eye contact is a sign of insecurity, while staring like a tiger is perceived as aggressive and unpleasant.

From an evolutionary point of view, smiling derives from a facial expression of fear, which is still present in our monkey relatives. A smile communicates friendly intentions and is therefore important in first contacts, in order to create a positive atmosphere. Very frequent smiling is perceived as a sign of insecurity. That doesn´t need to be purely negative, as it is often seen as positive if the candidate is a little excited.

The posture is an important signal about how a person sees herself in relation to others and the entire social system and which role he offers to others. Submissive behaviour shows up in a sunken posture with a hanging head and shoulders. Aggressive behaviour can be recognised from a tense, forward-leaning posture. A relaxed and straight posture on the other hand shows your environment that neither an attack nor submission is to be expected. An encounter on par, which is ideally happening in an interview, is most likely to happen in such a situation.

We count the voice as part of the body language. The tone is, like the other body language signals, an important indication to recognise the mental state of an individual. In order to convince others, it is advisable to lower the pitch of your voice a little bit towards the end of the sentence. In order to appear friendly and open, raise the pitch a little towards the end of a sentence.

You see, it´s easy as that to positively influence your first impression.

The blog authors Anna Lena Marwedel and Luzie Marwedel are freelance trainers for body language and non-verbal communication at their company EVOBRAIN. In her free time, Luzie is a passionate seamstress and cook. Anna Lena is a cinema lover and creative writer, who shares Luzie’s passion for cooking.

Would you like to dig deeper? Please read our article Interview questions, where we explain dozens of typical questions and how to give a convincing answer.